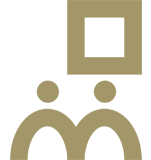 No events matching your criteria.

There are five permanent expositions in the Pomeranian Dukes’ Castle. In the underground of the Northern Wing relicts related to burials of the Pomeranian Dukes (the most precious include 17th-century tin sarcophagi of Bogislaw XIII, Philip II, Anna Maria, Francis I, Ulrich I, and Bogislaw XIV, as well as Protestant epitaphs) are exposed as part of the exhibitions Pompa funebris of the Dukes from the Griffin Dynasty and Pomeranian Funerarie. The exhibition Study of Lubinus presents the famous Great Map of the Duchy of Pomerania. In the Witches’ Cell in the underground of the Eastern Wing a holographic projection depicting the fate of Sidonia von Borcke and torture instruments used during her interrogations can be viewed. Pomeranian Funerarie »
Pompa funebris »
Witches' Cell »
Study of Lubinus »

A little bit of history

Every year, in the Pomeranian Dukes’ Castle in Szczecin we present about thirty temporary exhibitions related to various fields of art. As a result of our cooperation with the Polish and foreign museums, archives, art galleries, and creative milieus, exhibitions in the Castle are often opportunities to see exceptional collections or works by the most notable artists. So far the Castle rooms have hosted exhibitions of works by Pablo Picasso, Marc Chagall, Max Ernst, Joan Mirò, and Salvador Dali, as well as Polish artists including Tadeusz Kantor, Józef Szajna, and Magdalena Abakanowicz. The series of exhibitions under the title Culture and Tradition of the Past Epochs is particularly noteworthy.